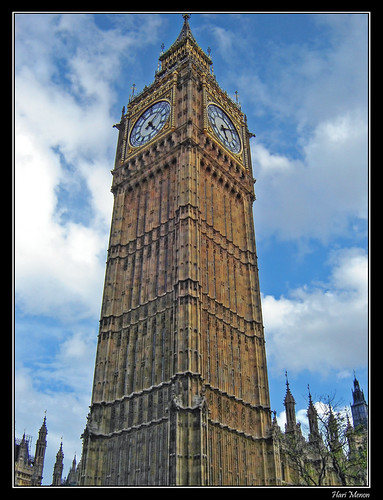 The Clock Tower is a turret clock structure at the north-eastern end of the Houses of Parliament building in Westminster, London, England. It is popularly known as Big Ben, but this name actually belongs to the clock's main bell. The tower has also been (incorrectly*) referred to as St. Stephen's Tower or The Tower of Big Ben, in reference to its bell.
- Wikipedia